Gabriel, Archangel of the Moon 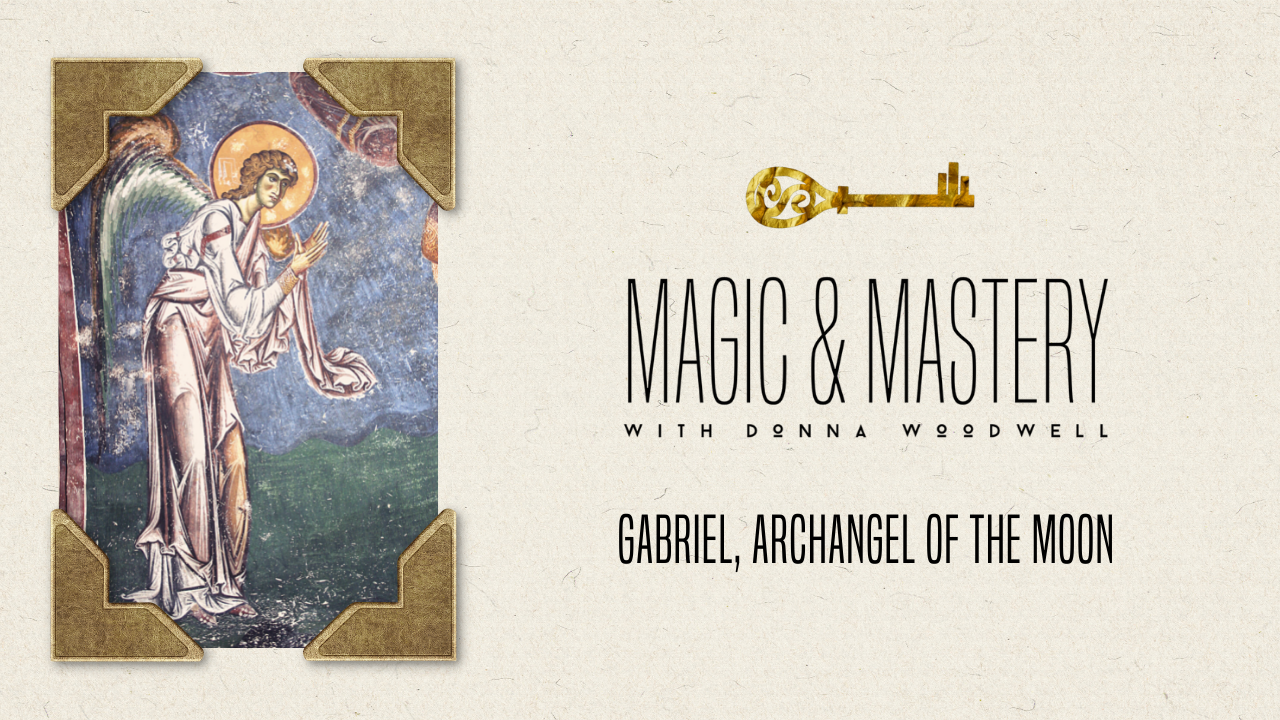 The Archangel Gabriel may be best known in the Western world as the angel of the annunciation, the one who brought the news to the Virgin Mary that she was to bear the Christ Child. As an Angel of messages associated with motherhood, childbirth, and the Virgin Mary, it is no surprise most authors since Averroes place the Moon in Gabriel's charge.

The Moon has been linked of motherhood and childbirth since the earliest days of human history. Gabriel's ties to childbirth also run deep. A tale is told in Jewish folklore of a tree in the Garden of Eden, upon which new souls grow like fruit. Once ripened, these fall into a "treasury of souls." When it's time for a mother to conceive, it is Gabriel who reaches into the treasury and unites a soul with its mother.

The Moon also has a long history as a messenger. As the fastest moving light in the sky, it was the Moon that "translated the light" of the other celestial bodies down to the Earth (the source of the astrological concept "void of course moon," those times when the Moon has delivered its messages and is waiting to pick up more). The Hellenistic name for the 3rd House of an astrology chart, one associated with communication, was the "House of the Moon Goddess." As one of the Angels of the Lord most often depicted carrying God's messages, associating Gabriel with the Moon is also a good fit.

As Michael (Sun) sits at the right hand of God, Gabriel (Moon) sits on the left. The Kabbalah associated Gabriel with the sephirot Yesod, which was also associated with the Moon.

An angel of deep compassion, Gabriel is an angel of revelation, communication, good tidings, new beginnings, motherhood and childbirth. Requests to Gabriel for aid are most appropriate on Mondays, the Moon's day.