Michael, Archangel of the Sun 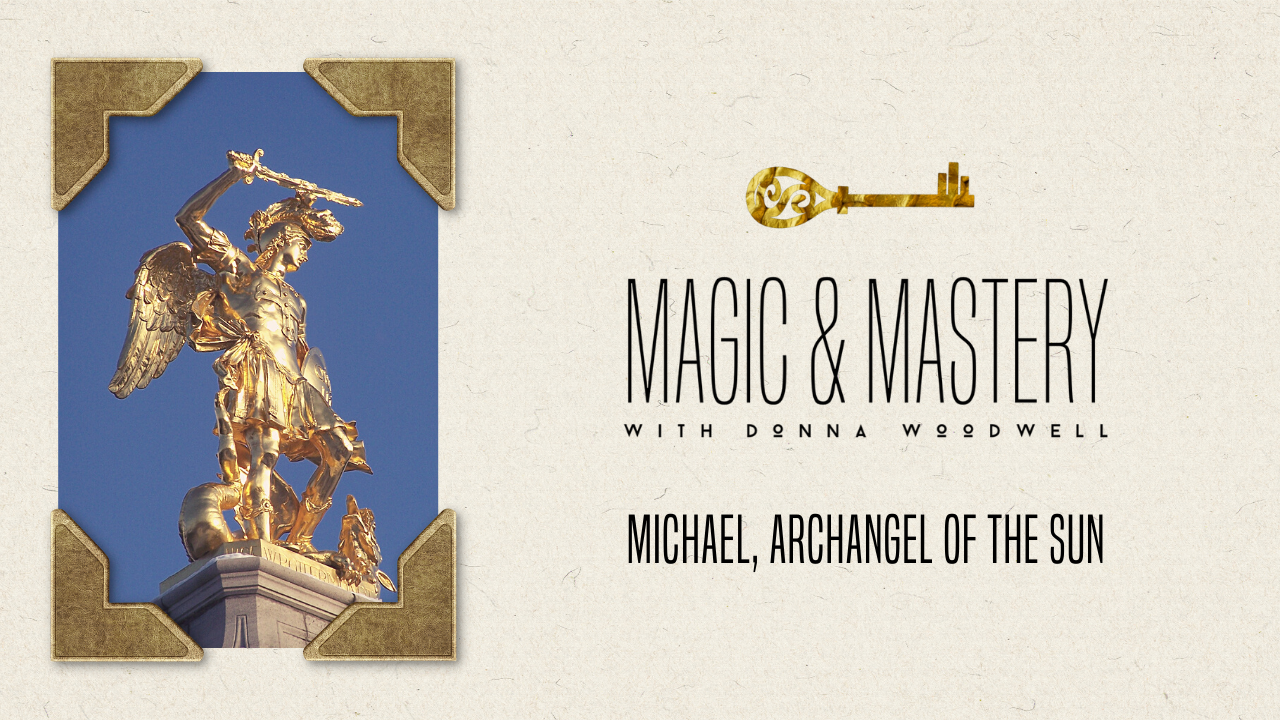 Michael, chief among all angels, is a logical choice for the Archangel governing the Sun.  As the brightest object in the sky, the Sun is associated with kings and leaders, light, fire and truth, as well as healing and vitality. All these are attributes in Michael's angel lore. Both the 12th century Arabic Scholar Averroës and the 13th century Heptameron, and those authors following their tradition, associate Michael and the Sun.

As leader of the heavenly hosts of angels in their struggle against evil (darkness), Michael embodies a solar role. He's also said to act as a guardian angel to rulers and other leaders on earth; it makes sense he should take the Sun under his own wings.

The Sun, as the giver of light, is also associated with speaking the truth. Ancients used to swear oaths by the Sun; the Sun witnessed all, and was in the ideal position to guarantee the veracity of one's words. In this way, the Sun was also associated with prophecy and other true visions from the divine. (e.g. The Greek Sun God Apollo was also the god of the Oracle of Delphi.) Some legends also grant Michael a special role in bearing witness to souls after death, conducting them to their just rewards.

Michael, along with the Archangel Raphael, is also known for his talents as a healer. The Sun, too, has an ancient associations with healing arts, particularly by promoting vitality and dispelling disease and impurities.

Ask the Archangel Michael for his aid in matters of leadership, protection, truth and healing. As the Archangel of the Sun, working with Michael is especially potent on Sunday, as well as in the hours of the Sun.