Can You Learn Magic? 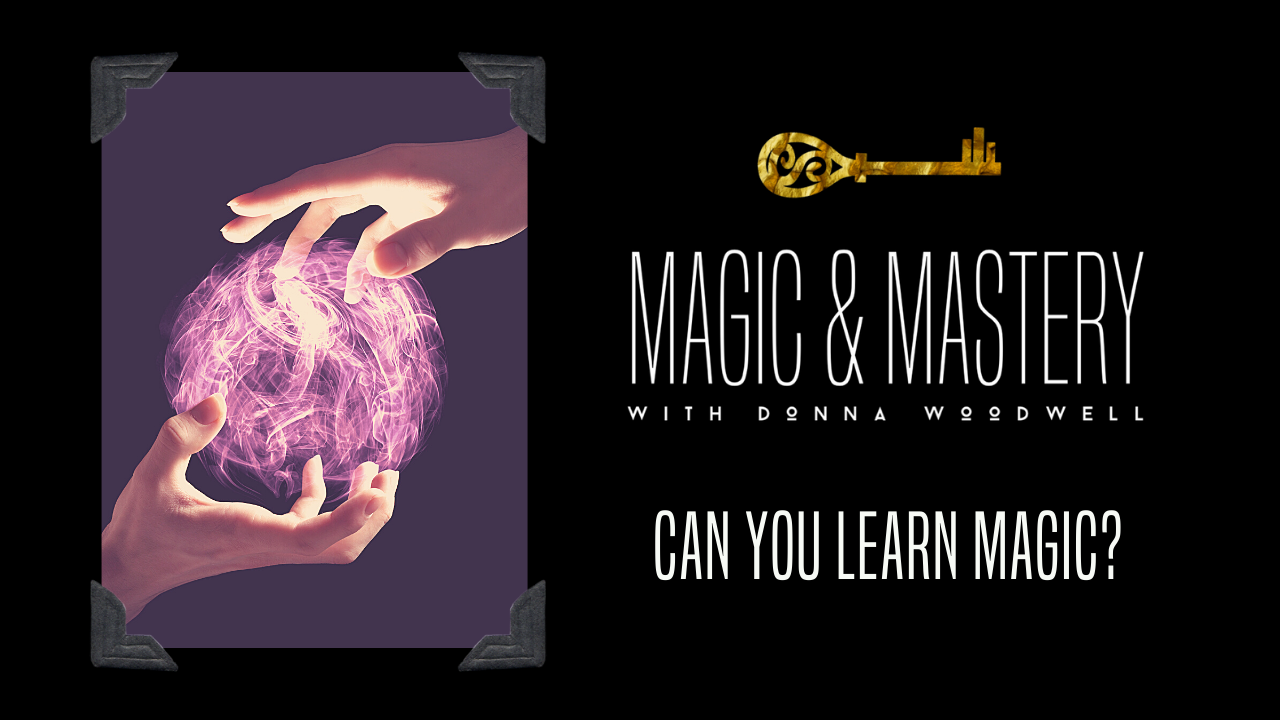 Books, television and movies are filled with epic tales featuring heroes gifted with Magical powers — Harry Potter, Luke Skywalker, even the myriad mutants of the MCU.

They’re good stories, because they touch something deep inside each one of us. The part that remembers one simple truth:

Magic is the birthright of every human. We are all Chosen.

That’s because as spiritual beings, having a human experience, we all have the potential to learn how to tap into innate powers of creativity more profound than our talky minds and everyday realities. Unfortunately, it’s a potential that often lays dormant.

That’s because many humans in the modern Western world don’t recognize it for what it is. And, if you are surrounded by people who say “magic isn’t real,” eventually you’ll agree with them, at least on some level.

Some of that magical disbelief is the legacy of a monopolistic religion.  For centuries, the Church discouraged individuals to have their own personal relationship with Spirit, unmediated by the institution.  If you can convince people there’s only one way to the divine, your way, you can control them.

Generations of that conditioning runs so deep in the Western world, that even for those who aren’t Christians, a little fear of being “cast out” often lingers. It’s result is a little fear or trepidation of anything that sounds occult or magical.

But religion isn’t the only opposition to magic. A modern, scientific worldview that argues that only what you can see and measure is real has had a role to play, too. If Spirit or soul doesn’t exist at all, what place could there possibly be for Magic? It gets left in the dustbin with other superstitions and other irrational beliefs.

Still, even with all that historical baggage, the idea of Magic endures. Consider this, as of 2021, 15 of the 20 top grossing movies of all time featured either a magic-user or a superhero. That is no coincidence.  No matter how much cultural programming we get, it’s difficult to completely stamp out what is essential to the human condition.

Magic is a part of who you are. It is also a choice, a way of perceiving the world, and a skill you can absolutely learn for yourself.

Yes, people naturally have a magical mindset, which makes it much easier to unlock your inner Magician. Visualization skills, an active imagination, self-observation, clear intentions, sensitivity to the subtle energies of life are all helpful tools for the student of magic. So is growing up in a family where Magic is accepted; having others who recognize Magic for what it is gives you a head start in learning it for yourself.

But, there’s also a Magician even inside the most rational or religious among us. Like most things, the skills for living a magical life can be learned and honed with practice. All of those I examples mentioned above — visualization, active imagination, self-observation, intention setting, and sensitivity — are among them.  And the formulas and recipes of magic-users past are all available as fodder for your learning and experimentation.

Of course, it’s not always an easy path. It takes a willingness to challenge your preconceived notions about what’s possible. (And believe me, we all have lots of those.) It may even mean walking away from a few relationships when others feel more comfortable with the “old you.”

You can absolutely do all of this on your own. But, considering that our “reality” is constructed in part by the people we hang out with, it is easier to learn magic with others. A guide can help you find the resources you need, as well as understand how to use them. A community can nature your new worldview, giving you strength and companionship on your adventure.

Magic is all around you. And you can reprogram yourself to experience a more magic-filled life. It probably won’t be like in the movies, and it definitely won’t always be easy.  But it will be amazing — you’ll get to know yourself, your creative potential, and your connection with Spirit in ways you may never have imagined possible.