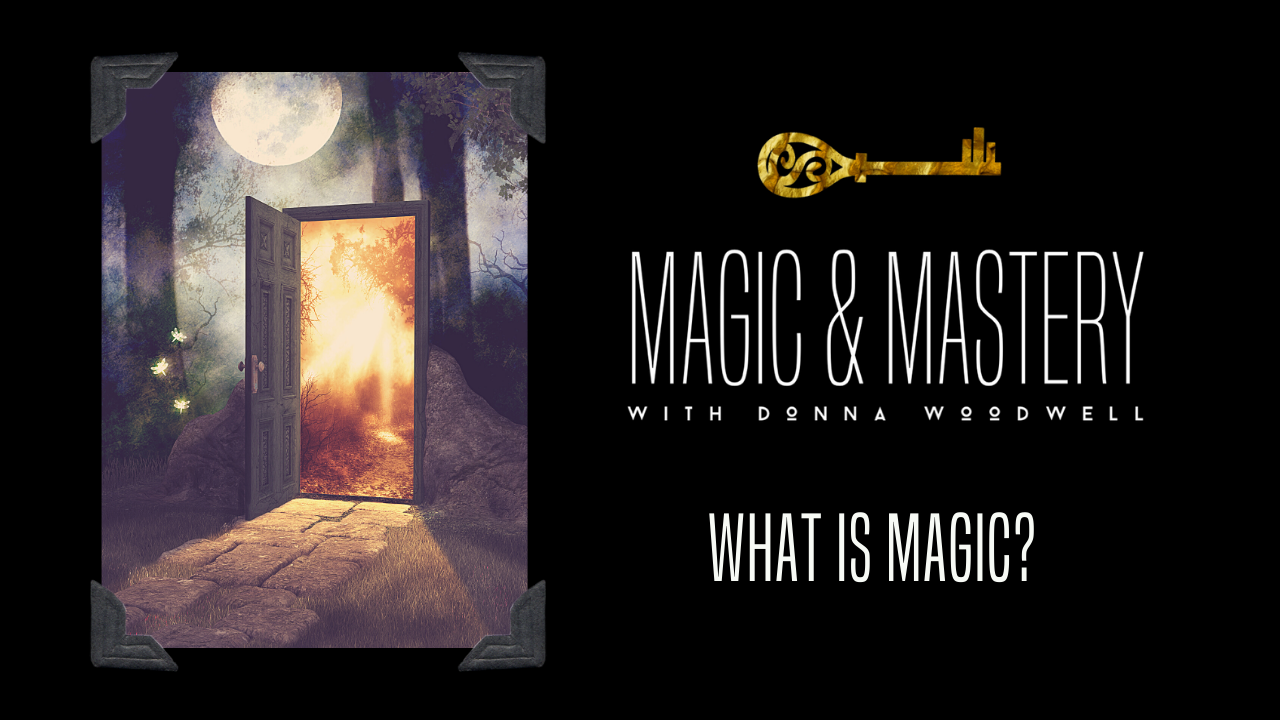 “Um… so… what is Magic?” It’s a question I get a lot (especially right after people ask me what I do for a living.)

I don’t mind, because it’s a great question! And one that’s definitely worth thinking about if you strive to reach your full potential as a human being.

The (in)famous occultist Aleister Crowley defined Magic as “the science and art of causing change to occur in conformity with will.” And the science fiction author Isaac Asimov once quipped that “any sufficiently advanced technology is indistinguishable from Magic.”

Now there’s a lot to unpack in those definitions. We get the sense that Magic:

I’ll assume that the first two need no explanation. We all know what it is to get what we want. That’s the fun part of magic!

Let’s look at the line: what does supernatural mean? A literal meaning is “beyond the Natural.” In modern terms, that might be something like beyond what is measurable by the tools of Science.

But, as Isaac Asimov pointed out so eloquently, supernatural is a moving target. Concepts we take for granted today, like airplanes or heart transplants or walking on the Moon, would have been “supernatural” feats not that long ago.

It would be arrogant, not to mention self-defeating, to believe that just because science hasn’t yet figured out how something works, that it doesn’t exist.  But it’s true that our current science has a tough time talking about non-physical things that aren’t easily measured\.

Here’s the working definition I use with my students at the School of Magic & Mastery:

Magic is a technology that works with Mind and Spirit to create change in the world.

Mind is our abstract, thinking space. Mind magic uses our understanding of how the Mind works — such as the power of ritual, habit, belief, altered states, focus, or subconscious programming — to create change in the world.

Scientists are studying these things. Such techniques are certainly rich research fodder for psychologists, sociologists, anthropologists and political scientists. Things from therapy to marketing, hypnosis to productivity training all might have been called Magic, once upon a time.

The Mind is certainly one of the most powerful tools we have when creating change in our world. That’s because all of what we experience is filtered through our Mind. When we learn how our perceptual filters work, we can literally change how we experience our reality.

Now let’s talk about the second source of magic: Spirit.

Spirit is an even more nebulous term than mind. It could include the rich archetypal and symbolic soul-world of the depth psychologist Carl Jung, or the spirit-infused consciousness of the shamans.

Now, if you don’t believe anything beyond the physical world exists, Spirit magic might not make a lot of sense.

Nevertheless, science is studying these things, too. Studies of the quantum realms in particular have led to the troubling realization that the observer can’t be so easily divorced from the observations.  Consciousness is truly science’s final frontier.

Fortunately, you don’t need to be a scientist to appreciate that there’s Magic all around us.  You are constantly manifesting your reality — by the choices you make, the thoughts you think, and via your deepest layers of soul.

Most of the time, you’re probably not even aware you’re doing it…

That’s where Magic as a technology, science or art comes in. When you study Magic, what magicians have done before you, and when you experiment with it for yourself, it becomes real. You can see it and sense it for yourself.

As you begin to wake up to your own innate power to create, that is the first step toward living a Magic-filled life.