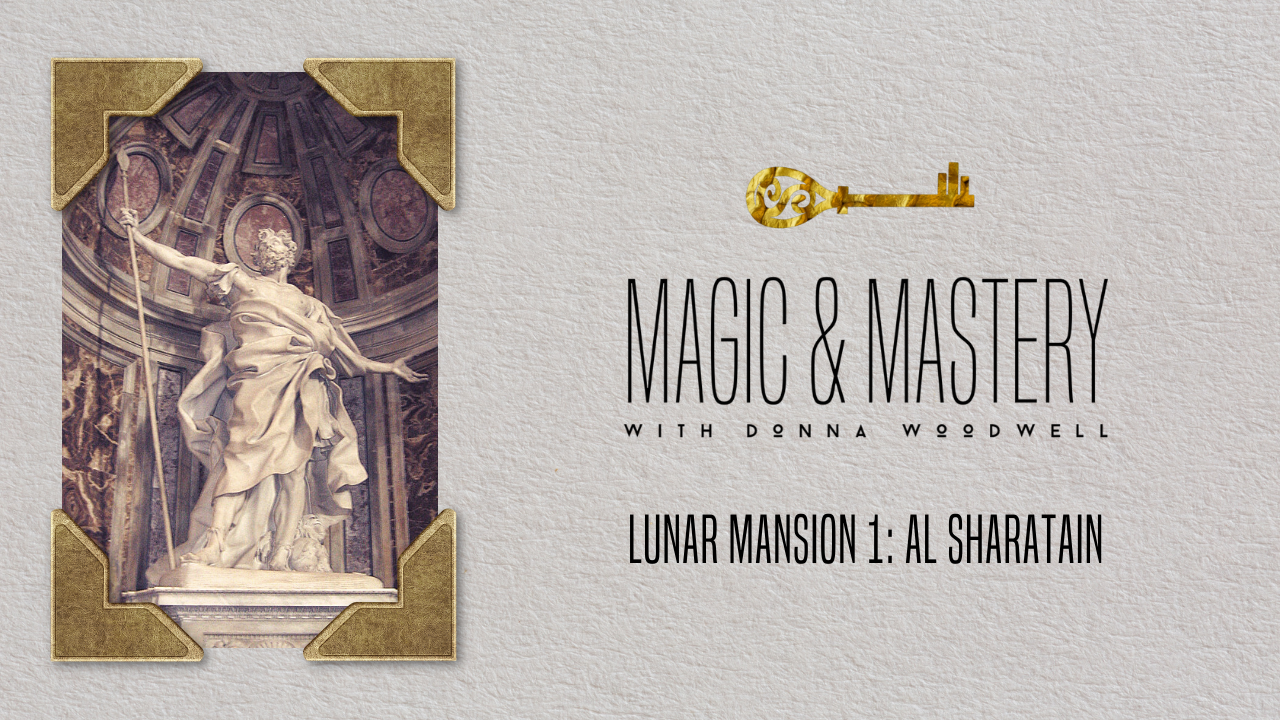 To passionately pursue a course of action

Do: Act boldly and independently, try something new, make a change, take a stand, travel.

Don't: Begin a partnership, marriage, or other actions that require compromise.

From Al-Biruni, 10th Century: al-sharatain, (two signals), the first mansion, is marked by two bright stars on the horns, sarugah, of Aries; the: are disposed in a north and south line, the apparent distance between them, about a fathom, being the same as that between the southern one and a third smaller star. Also called the butters, natha.

From Abenragel, 11th Century: Indian Astrology - Good for taking medicines, pasturing livestock, making journey, except second hour. Dorotheos of Sidon - Good for buying tame animals, for journeys, especially voyages, for making arms, planting trees, cutting hair or nails, putting on new clothes. Bad for contracting marriage (holds for Moon in Aries), making partnerships, or buying slaves, who will be bad, disobedient or run away. If captured, prison will be bad and strong.

From Picatrix, 11th Century: The first of these is for destruction and depopulation [of places], and is called Alnath. When the Moon has passed into this Mansion, fashion an image of a black man with his hair wrapped and bound in black cloth, standing upright on his feet and holding in his right hand a lance in the fashion of a fighter. You should make this image in a ring of iron, and cense it with liquid storax. And [make] with this a seal in black wax, and say: "Thou, O Geriz, put to death NN, son of NN, swiftly and soon; and destroy him." And if you observe this [method], then it shall be as you wish. And know also that Geriz is the name of the lord of this Mansion.

From Agrippa, 16th Century: Alnath - Horns of Aries. 0° Aries. Journeys and discord. The destruction of someone. A black man in a garment made of hair, and girdled round, casting a small lance with his right hand.

From Stockinger, 21st Century: al-Saratan, The Horns of Aries, 0* Aries to 12* Aries 51’ Related to the star on the left foot of Andromeda. Signification: Ardent imagination, taste for occult sciences and changes in employment throughout life. Make pentacles for journeys and for working of spells for love and hatred.

From Warnock, 21st Century: In Al-Sharatain, the Moon begins her passage through the Mansions with a great burst of energy in the horns of Aires. The warlike ardor of Aries the Ram, ruled by the planet Mars, is necessary for all beginnings. It provides the impetus to move forward, to overcome inertia and change the status quo. The Mansion is auspicious for journeys and for taking medicine, as here the Moon transmits the force and power vital to breaking the hold of illness over the body.