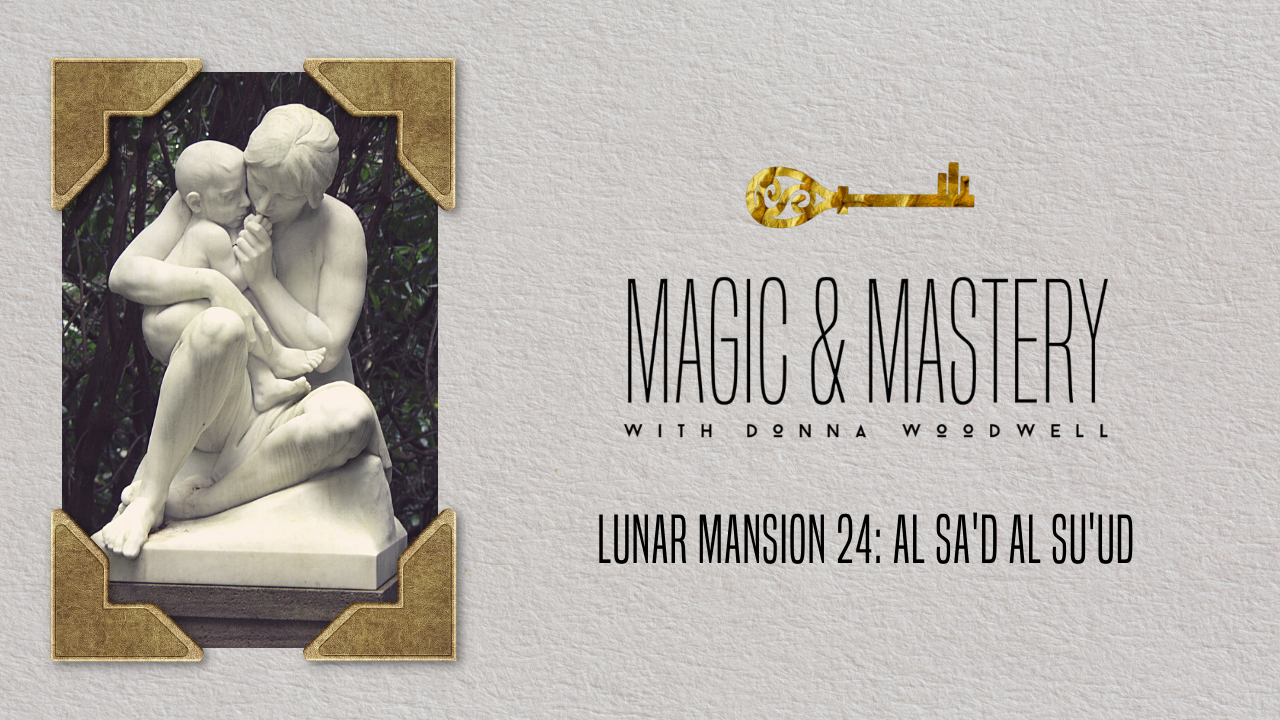 To nurture yourself and your projects

Do: Ask for support. Take care of yourself.  Acknowledge your desires. Allow others to assist you.

Don't: Expect someone to rescue you. Ignore your needs.

Sa'd al-su'ud, three stars in a row from north to south from the tail of Capricorn and the shoulder of Aquarius.

Dorotheos - A slave bought will be strong, loyal and good. Bad for partnerships, which will end in great harm and conflict, and for entering a ship. Marriage will only last a while. If captured, he will soon be free.

From Picatrix, 11th Century The twenty-fourth Mansion is Caadezod, and it is for the increase of herds. When the Moon has passed into this Mansion, take the horn of a castrated ram which is best and most apt, and in it fashion the figure of a woman with her son in her arms, in the likeness of one who is breastfeeding. Cense it with mundatura(?) which can be made from the aforesaid horn, and say: You, Abrine, improve and guard this herd. After this, hang the image about the neck of one of the rams of this herd; if you wish to work for [the increase of] herds of cows, fashion this image in the horn of a bull, and hang it around the neck of a bull, and the herd will be augmented as has been said and death shall not overtake it. Know that Abrine is the name of the lord of this Mansion.

Cast spells for the realization of a wish.

From Warnock, 21st Century This is a mansion of nurture and nutrition. If we have been hungry, we will now be fed. Needs and desires will be fulfilled. Fortune smiles upon us and showers us with maternal love. Just as mother's milk is perfectly suited to her child's needs, this mansion indicates we will receive support from a source precisely attuned to our individual needs.  This mansion may herald a literal birth, the arrival of a new baby. It can also signify the beginning of a fruitful project or the creation of new art or ideas. It indicates a positive answer to questions regarding the approach of good fortune. It advises us to act in a loving and nurturing way. Overall, this mansion is most benefic. However, it occasionally cautions to avoid being smothered in an all-consuming "maternal" atmosphere.