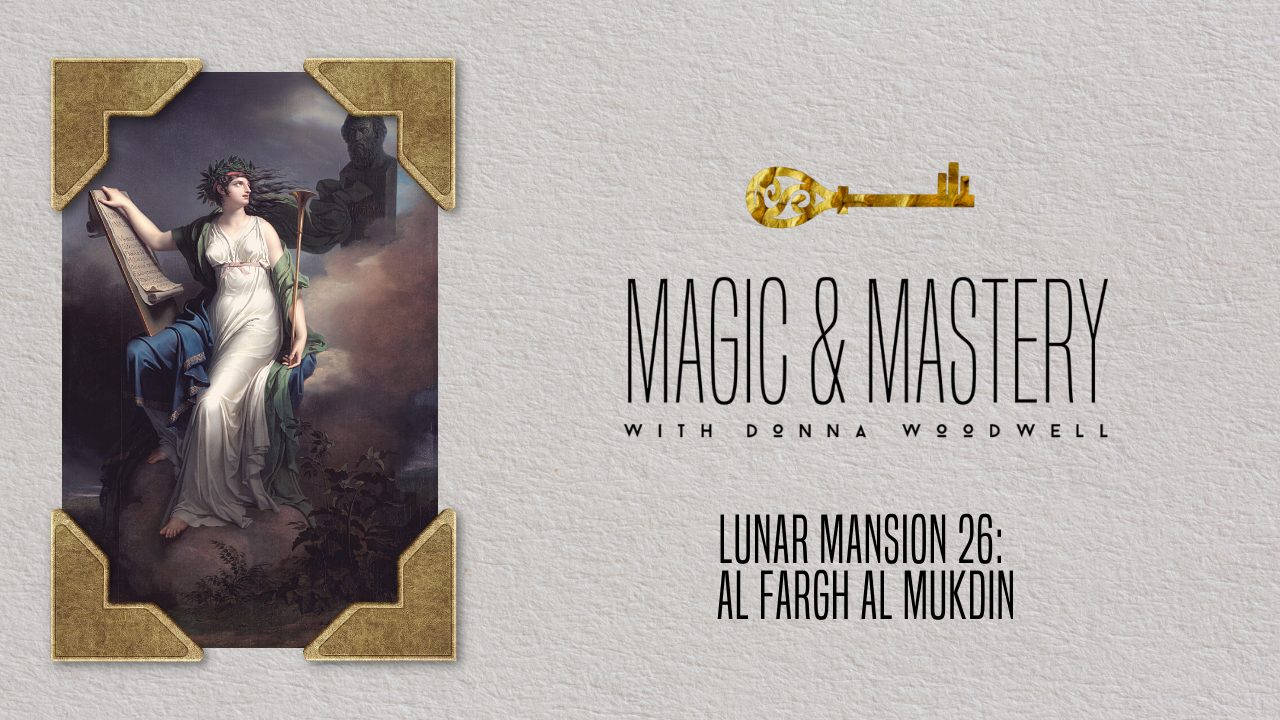 To inspire love and beauty

Do: Create or be inspired by art or other forms of beauty. Romance. Social engagements.

Don't: Travel. Waste time on what is boring or uninspired. Pursuit profit for profit's sake.

From al Biruni, 11th Century Al-fargh al-weeal and al-thani or muqaddam and mu'akhkhar, are each marked by two stars, situated a spear length from each other, and all from Pegasus. The Arabs compare the four stars to a bucket dalw, but the eleventh sign of the zodiac is so known; fargh really means the place for pouring out the water, but these are often interpreted as the upper and lower handles, arquwatan

Indian Astrology - Good for making a journey in the first third of the day, but the rest is good for neither journeys nor any other beginning.

Dorotheos - Good for building, which will be solid and durable, for buying a slave, who will be loyal and good, for entering a ship, though there will be delays. Bad for partnerships. Marriage will not last. If captured, he will be in prison for a long time.

From Picatrix, 11th Century The twenty-sixth Mansion is Alfarg Primus, and it is for the creation of love. When the Moon has passed into it, take white wax and mastic and melt them together; from these fashion the image of a woman with her hair unbound and before her a vessel placed as if to receive her hair. Cense it will sweet-smelling odors, and say: You, Tagriel, bring me to the love and friendship of such and such a woman. Place the image in a small bag, and place with it also some of the most sweet-smelling of substances; carry it with you, and it shall be completed as you have requested. And know that Tagriel is the name of the lord of this Mansion.

From Robson, 20th Century Al Fargh al Mukdim. beta [Scheat] with alpha [Markab] Pegasus. (Mansion 24: 29 Pisces 17' in 2007). The Fore-spout (of the Water-bucket). Causes union, health of captives, and destroys buildings and prisons. With Moon here, plant, sow, bargain, marry but do not navigate.

From Warnock, 21st Century It is not the sexually charged passion of the 13th mansion, but of the higher love of the beautiful that draws the Soul towards its true celestial and divine source. This mansion signifies love, marriage, friendship and good will. If we are seeking love and this Mansion appears, it is a positive sign. It is a benefic mansion and gives a positive answer in general to inquiries. It also can indicate recovery from illness and health in general.