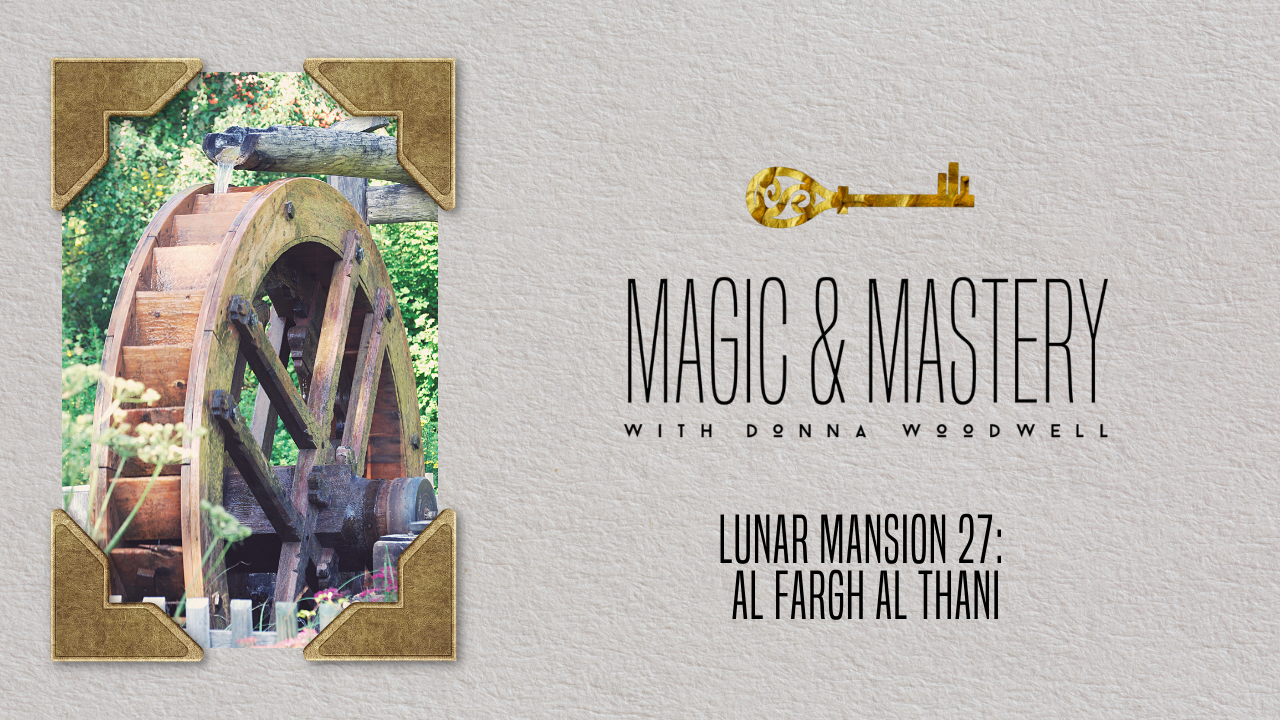 For the ebb and flow of fortune

Do:  Go with the flow. Give and receive support. Have a sense of humor.

From al Biruni, 11th Century 26 and 27. Al-fargh al-weeal and al-thani or muqaddam and mu'akhkhar, are each marked by two stars, situated a spear length from each other, and all from Pegasus. The Arabs compare the four stars to a bucket dalw, but the eleventh sign of the zodiac is so known; fargh really means the place for pouring out the water, but these are often interpreted as the upper and lower handles, arquwatan

Indian Astrology - Good for sowing, and useful for trading. Good for marriage. Indifferent for journeys, except for middle third of night when very bad. Bad for entrusting something to someone, or lending anything.

Dorotheos - If starting a partnership, it will begin well but end in harm and conflict. Entering a ship will bring damage, dangers and travails. A slave bought will be bad. If captured, he will not leave prison.

From Picatrix, 11th Century  The twenty-seventh Mansion is Alfarg Posterior, and it is for the destruction of springs and wells. When the Moon has come into it, take red earth, and in it fashion the image of a winged man, holding in his hands a dish with a hole in it, and raising a bone to it. Afterward put all of it into the kiln in which it is to be fired. After this place in the vessel asafoetida and liquid storax, and say: You, Abliemel, destroy such and such a spring of such and such a man, and name him here as you wish. Throw the image into his spring, and it shall be destroyed and the spring shall no more come forth. And know that Abliemel is the name of the lord of this Mansion.

From Stockinger, 21st Century  Mansion 27: al-Farg al-mu’ahhar, The Second Drawing, 4* Pisces 17’ to 17* Pisces 8’. Signification: Favourable for earnings, marriages, friendships and harvests. Unfavourable for travel, loans of money and real estate. Make pentacles for crops, trade and friendship and against illness.

From Warnock, 21st Century This mansion presents another seeming paradox. How can it be good for revenues and gains, and yet have a malefic talisman? Is it a "good" mansion or a "bad" mansion? The real question is good for whom and bad for whom. If the cat catches the mouse, it is benefic for the cat and malefic for the mouse. Yet, what is the cat to do, but catch mice? Similarly, our receipt of payment or goods means that someone else must give them to us. We are wise to stay cognizant of the fact that when this mansion appears, our gain is another's loss. We must also consider that what appears on the surface to be beneficial, may not remain so on deeper examination. Are we blinded by the passion and desire of the ego for more and more at the expense of our true self? "Happy is the man that findeth wisdom, and the man that getteth understanding. For the merchandise is better than the merchandise of silver, and the gain therefore of fine gold." Proverbs 3:13-14