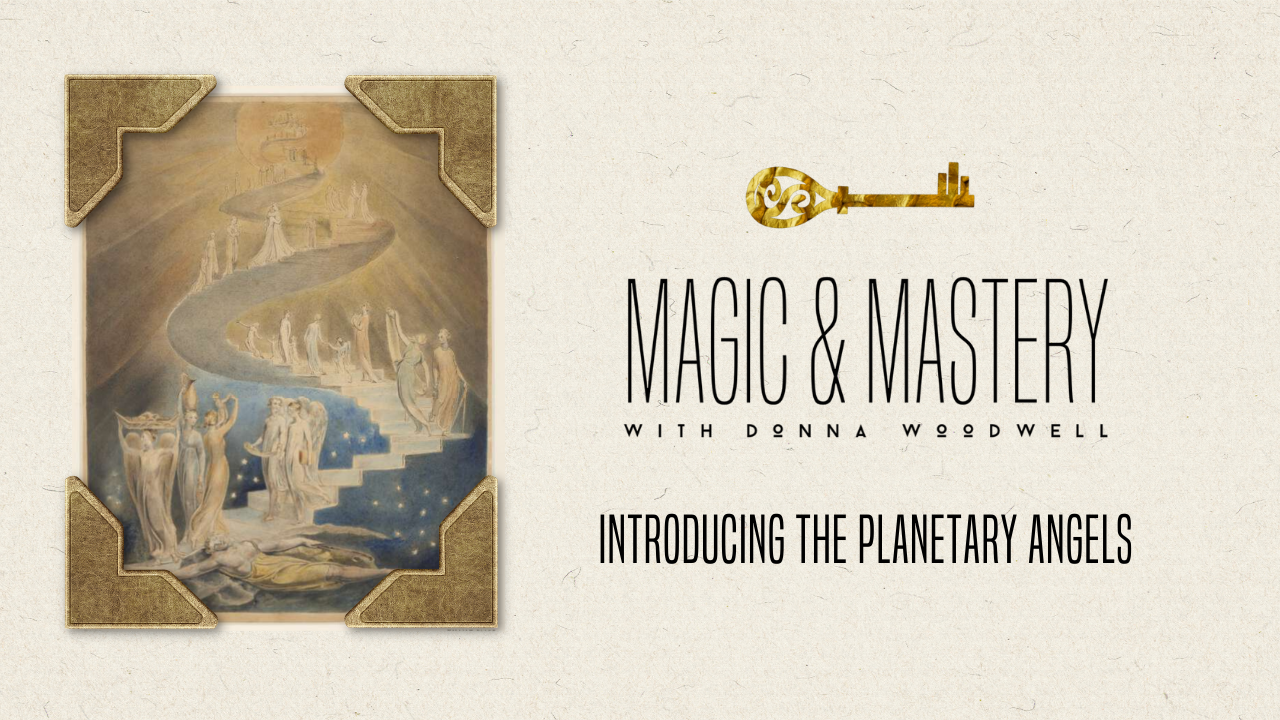 To indigenous cultures across the globe, the world was alive with Living Spirit. Everything had an animating force – places, objects, plants, animals, people and even ideas.

It was the shaman’s role to connect the tribe to the spirit realms, and thus maintain a healthy relationship between worlds. And they used various tools – psychic skills, working with dreams, creating art, drumming, chanting, and more – to cross between worlds.

But the central avatars of the divine realm were the seven visible planets. Called by the Corpus Hermetica the “seven governors of the world,” as the moving elements of the heavens, they were responsible for weaving the fabric of the material world into existence. In other words, they were the celestial midwives of the natural world.

With the coming of the institutional Christian Church, there was little room for animism and lesser spirits, only the One God. And so talk of daimons was – quite literally – demonized.

But Spirit always finds a way. And so, even in the darkest of ages, interest in angels blossomed.

The appellation angel derives from a Greek word meaning “messenger.” The Bible alludes to a vast heavenly host, chief among them the "seven angels who stand before god" (Revelation 8.2) or the "seven punishing angels." (Ezekiel 9.2).

These Arch-angels, govern all of the heavenly host. In short, in iconography and religious practice, the archangels take the place of the seven planetary daimons. To the Christian mind, allying with angels was far safer than what Renaissance scholar Marsilio Ficino would later call “star demons.”

We have dozens of angel-planet catalogues penned between the 6th and 19th Centuries; not all agree on which archangel represents each planet. But there’s enough consistency in the tradition that the planetary spirits still shine through the angel’s wings.

In the subsequent posts, I’ll give you a quick sketch of the planetary angels. You’ll have to decide for yourself.

This, hover, is just the beginning of the journey. The links between astrology and angelology run deep. There were also lesser angels for other astrological sky-divisions – the 12 solar Zodiac signs, the 28 Lunar Mansions (the lunar Zodiac), the 4 triplicities (earth, air, fire and water), the 36 decans (10-degree divisions), and the 72 quiniaries (5-degree divisions).

To the Medieval mystics, for any moment in time, they conceived of an ever shifting heavenly host teaming up to infuse the world with spirit, and lift matter transcend itself.

It’s a beautiful vision worth recovering.

In the end communing with the Planetary Angels is a mystical vision, one you must experience for yourself.

Astrology was designed to help you find the optimal times to connect to the planetary spirits. But, for the majority of our history, only the educated, affluent few had access to the tools needed to create astrological charts – maps of the sky.

Instead, they relied on the days of the week, each one named for one of the seven planets.

Or they used the planetary hours. Each day was subdivided into two halves – beginning at sunrise and sunset – of 12 hours each. Each hour was assigned a planet, cycling through all seven visible planets again and again. (The days were actually named after the first planetary hour of the day, the one begun as the Sun rose.)

And, of course, there’s an app for that; I have one on my iPhone called Hours, by Sirius Lab Ltd.